This also just found a home in Drive, She Said. My friend Alicia Angeles on the vocal mic. I did offer to do a ‘clean’ version of this, and also to give it a clean title, because, after all it is an Ashley Tisdale movie. I’ve written music for her before and she’s covered a couple of my tracks, and her fanbase are all minors. No dice, though. Well, maybe they’re going to use a bit of the track that has no cussing. If they can find two seconds that has no cussing in it, that is. Still, nice placement. Thanks Andy. 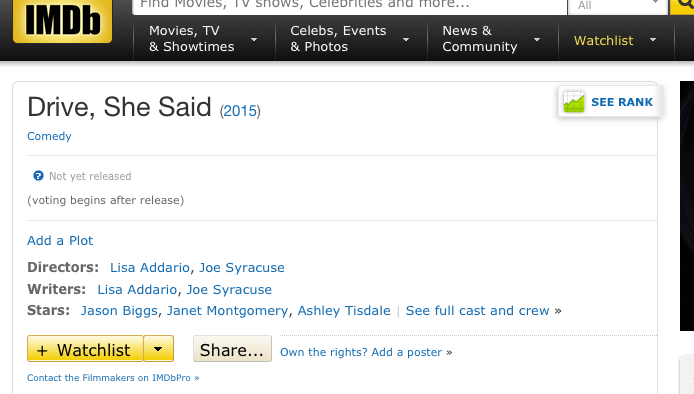 One of my madder tracks and has two spots for a total of about 3 minutes in Drive, She Said (2015), which is also the title of a movie from 1997, so I guess they might change the name. 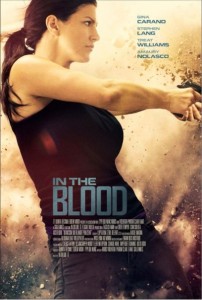 I must have missed the release of this, (I’m sure a lot of people did) but, once again, to show off the talents of my Beverly Hills mate Matt Kahn.  This time singing in Spanish, his translation of a song written 22 years ago by my old room mate/flat mate Jamie Flynn called “Dreamer”, which for some reason, as I do now think is an awesome song. “Soniando”.  I think it was used in a restaurant scene. In fact, I don’t like the production much. Skip it. Matt sounds good though.

Now this has been out for a while and is now on Netflix, I think it’s okay to put it up here, and it doesn’t give away any jokes, so it should be safe, BUT, you are going to want to turn it off at around 2 min. Trust me. 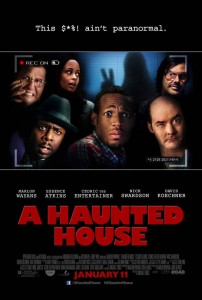 There’s a cue missing from the above .MOV file, no idea why, but here’s the vocal version of the track in the cue. This version went on the soundtrack and has my Beverly Hills buddy Matt Kahn, doing a rap in full London cockney, with all the correct intonations, especially “get the fuck up”, and it’s funny, because he’s LA born and bred. His ‘artist name’ for this is Winston Cartier and it is entirely his invention. On top of my track The Grind, which was used in a ‘character does mad things in the middle of the night’ scenario. Also on the soundtrack album, but not used in the film, “Hey Now” from my good friend, James Langford, who’s straight outa South Central and is one of the sweetest guys you could ever meet. And, by far, the best rapper I know. Ah the injustice of this world/industry. Soon come. 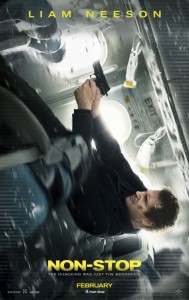 Why anyone would want a track like this for a Liam Neeson Taken type movie is beyond me.  It must have been something to do with the lyrics. “mister lover, lover, you thought there was only one Barry White, but there’s another, that’s me you see sittin in the place, stuffin my face, Ihop, McDonalds, Burger King, KFC, I’d like to see some sucker try and take it from me….PHAT” Far out. One of my best tracks yet and comes from an album called “Kill All Billionaires”. Release pending.

Not sure how the movie did. Not sure how the track was used.  Anyone seen it? Any good? I didn’t like Taken.  I mean, it was a good movie, but I hate hearing about stuff like that, kidnapping, even if it is a movie. 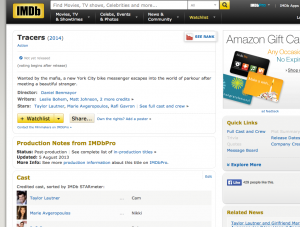 This was a fairly easy job. Except for the fact that I went into my booth for 10 nights and blew my voice out. Blew my diaphragm out to be more precise. We want Imagine Dragons they say. Yeh doesn’t everybody I say. What the hell, like, doesn’t anyone know the energy levels that go into a vocal like that? Yes I should have got some help on it, but it seemed so easy at first. Haha. Anyway, I got one of three placements. The “Hey Mister”, used under who-knows-what circumstances. Total buy out. Work for hire… but good money. And I’m pissed I didn’t get the other two empty spaces. There must have been some pretty good tracks to have beaten me on this. Especially the intro/action/dubstep opening scene. WTF. See below.